Introduction
Crowded aisles, pushy and oblivious customers, and rude staff can all be used to describe my past experiences at Wal-Mart. While they do have lower prices than most competitors, I found myself gladly willing to pay an extra couple dollars per item in order to avoid the atmosphere of the low cost leader. But I now have a slightly improved view of the company.

We recently set out to find a play set for my daughter and found that a number of different places around town didn’t have it. We went to the Wal-Mart (Store G) near my house and they told us they didn’t have one but called around and found that another Wal-Mart (Store S) nearby had four. So I called Store S and asked if they could hold one for me. No. “We don’t do that.” I asked Store G about it and was told that they do regularly hold items and someone at Store S just didn’t want to deal with it. So I called back and tried again. No. So I went over a couple days later, verified that they still had them in stock, and asked to go ahead and pay then come back in a few hours with a truck. No. “We don’t do that.” Seriously?!?! The manager politely smiled and nodded while I complained but did nothing to help me. Screw it. I’m not giving them my money. 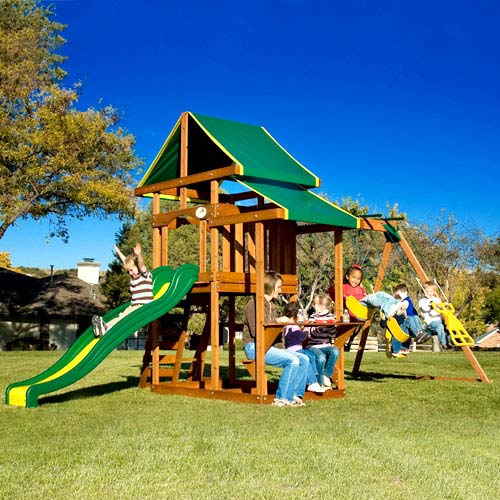 The original playset we were looking for.

Climax
So I called back over to Store G, the one near my house, and they promptly apologized for the actions of the other store, said that they should have held it, and told us they had one in stock now. I asked them to hold it and they said they would. One hour later we showed up and hung around for the next hour while they tried to locate our play set, which consisted of three 10′ boxes weighing ~300 lbs each. The manager finally came out and told us that, despite a note with our names on it and it being placed right outside his office, someone had sold our play set to another customer. So now I had wasted almost an entire day due to the incompetence of Wal-Mart and was pretty annoyed.

Surprise Ending
The manager came out with a slew of staff and they were all extremely polite and apologetic. They informed me they were already reviewing the security cameras to determine who took the play set and take actions (which I could have cared less about except that it showed me they were trying) and then offered to upgrade us to the next play set for a significant discount. The deal was too good to pass up and we agreed. The manager walked us up to a closed register and rang up our purchase to avoid any further waiting. He then apologized more for our poor experience and then monitored a team of employees as they loaded the set into my neighbor’s truck. 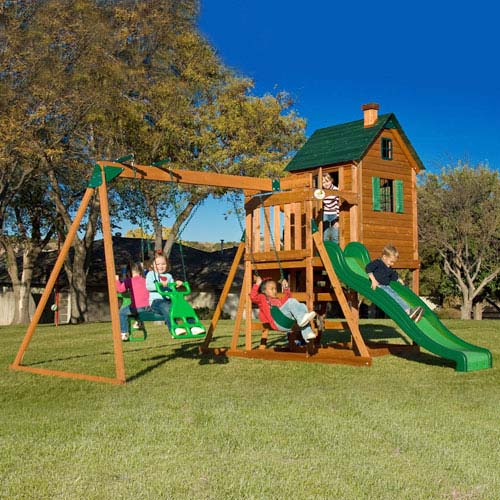 The play set we ended up with.

I found out later that Wal-Mart Store G was ranked number five within the company for customer service. It shows. I will never shop at Store S again but no longer avoid Store G. Wal-Mark, on the whole, still has an image problem but if they could only get the rest of their stores like Store G their company would truly take over the world.

Book review – Leadership: Essential Steps Every Manager Needs to Know
Book review – In the Line of Fire: How to Handle Tough Questions…When It Counts